We convert Sony Mavipak and Canon Xap Shot VF-50 and VFD-50 2-3/4" x 2-1/4" disks to individual JPG images. There are a few things to keep in mind about this very early image capture system.

Next, ensure your media has a smooth, shiny, evenly black surface.  You can push in a little release on the edge of the disk and slide the metal shutter to the side so you can get a good view of the inner disk's surface.  Below are two examples of clean disks that will be perfectly fine to extract and convert: 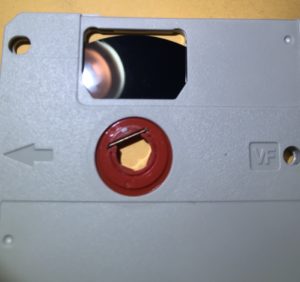 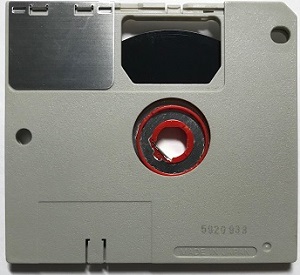 On the other hand, if your disks have a mottled surface, we will need to apply a cleaning regimen at additional cost before we'll be able to extract pictures from them. Below are two examples of disks in poor condition that require cleaning: 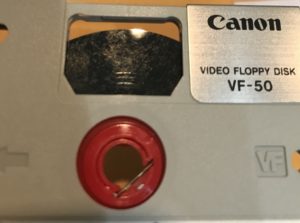 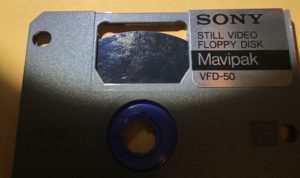 Finally, if your disks have deep scratches and grooves, they're ultimately not recoverable. Here are two examples of unrecoverable, scratched disks: 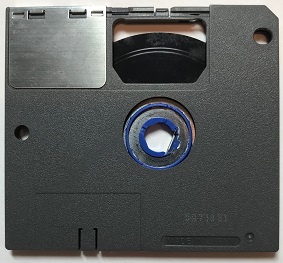 The Sony Mavipak/Canon Xap Shot VF-50 disk system was essentially a still video camera targeted for viewing on an old analog TV screen. To today’s eye, the pictures tend to look blurry and grainy on the super-sharp monitors we have now. Further, the behavior we generally see on these disks after all this time is they tend to be a bit "noisy" - they suffer from dropouts and other video artifacts that lower the overall quality of the image. We do all we can to capture the best image possible from each source disk, but the fact remains that this was a very low-fidelity technology.

Request a quote to get started today!